However, a few hearty folks are at CAC waiting for guests or anyone we may have missed. They’re planning to have coffee, bagels, donuts, and a warm welcome ready, just in case!

Our average CAC commuter travels 12 miles to get to church (my best guess, anyway!) Being a metro Apostolic church, we must make judgment calls for weather safety that encompasses a margin of safe travel for the majority of the travelers.

Thanks for bearing with us as we bear with today’s storm!

We’ll update this blog by 12:00 noon with regard to any changes for tonight’s service. 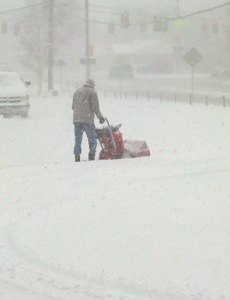 One thought on “We Despise Canceling Services for Weather!”