A brave warrior of the faith, our dear Brother “Jack” Carter has reached his eternal promotion. He passed into Rest about an hour ago. Please send your immediate prayer cover toward his precious wife and family! He leaves an “unfillable” vacuum for us all. Sis. Julie and the entire family thank you for your love and ongoing support. We assure her/them of our long-term care and devotion! 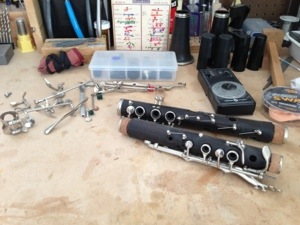 Workshop at his passing. Passionate for God’s music and instrument repair!