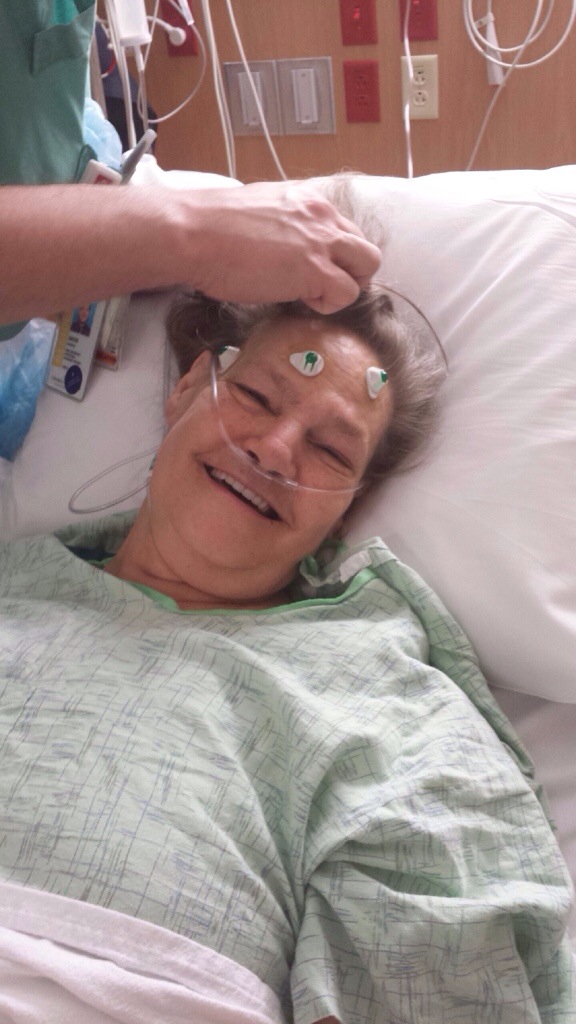 This photo was sent this morning at 6:20 AM. (Isn’t it perfectly representative of her cheerful and confident disposition?!) Here is the message from her daughter, Sis. Ginny Gibson at that time: “Mom on her way into the pre op MRI right now.”

It was confirmed that Sis. Donna was not having brain surgery, per se, but rather a needle biopsy of suspicious growths.

Our latest communication from Ginny just before noon: “Hello all,
She is in recovery now, and will be spending the night in the ICU in the outpatient building 2nd floor. Her doctor said the biopsied tissues showed irregularities but won’t know if they are cancerous (or what they really are) until they are tested–2 more days of waiting!

She is moving all her limbs and waking up, God is so good!”

We would like to thank everyone for your constant prayers as Sis. Donna successfully forges through this difficult time. We know that her God, our God, is the Great Sustainer and Victory-giver!

We will be in touch with any further developments.

God bless you all,