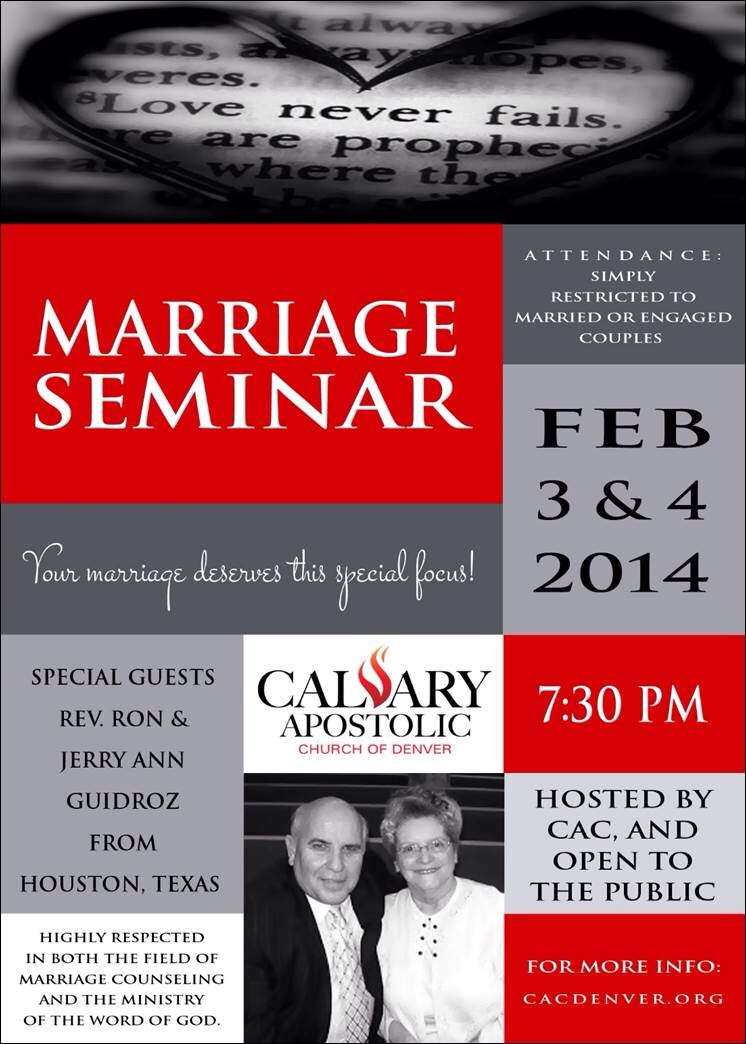 Rev. Ron Guidroz is our guest minister this Sunday morning at 10:00 & evening at 6:30, (February 2). Bring guests, come early and get close-up seating!

This special weekend will be immediately followed by

Hosted by CAC, this event is open to the public. Attendance is for all who are married or engaged. YOUR MARRIAGE DESERVES THIS SPECIAL FOCUS! Special guests Rev. Ron & Jerry Ann Guidroz, from Houston, Texas.

Our guest speakers for both the Seminar and the weekend prior are highly respected in both the field of marriage counseling and the ministry of the Word of God. They have been married for 47 years and are the parents of 3 children and grandparents of 6.

We’re looking forward, with great anticipation, to this life-changing series of services at Calvary Apostolic Church of Denver!