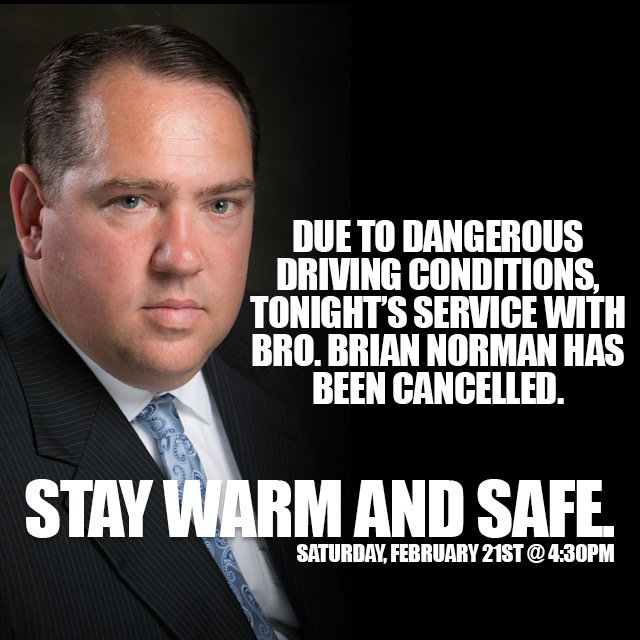 NO CRUSADE SERVICE TONIGHT WITH EVAN. BRIAN NORMAN due to hazardous travel conditions. Planning for both AM & PM services tomorrow! Stay tuned! Watch http://www.cacdenver.org by 7:30 tonight for a special video message from Bro. Norman!