[12] And from thence to Philippi, which is the chief city of that part of Macedonia, and a colony: and we were in that city abiding certain days.

The colony of Philippi, still arranged as it was when Apostle Paul visited in 56 AD, lies before the plaque which Jared is reading. 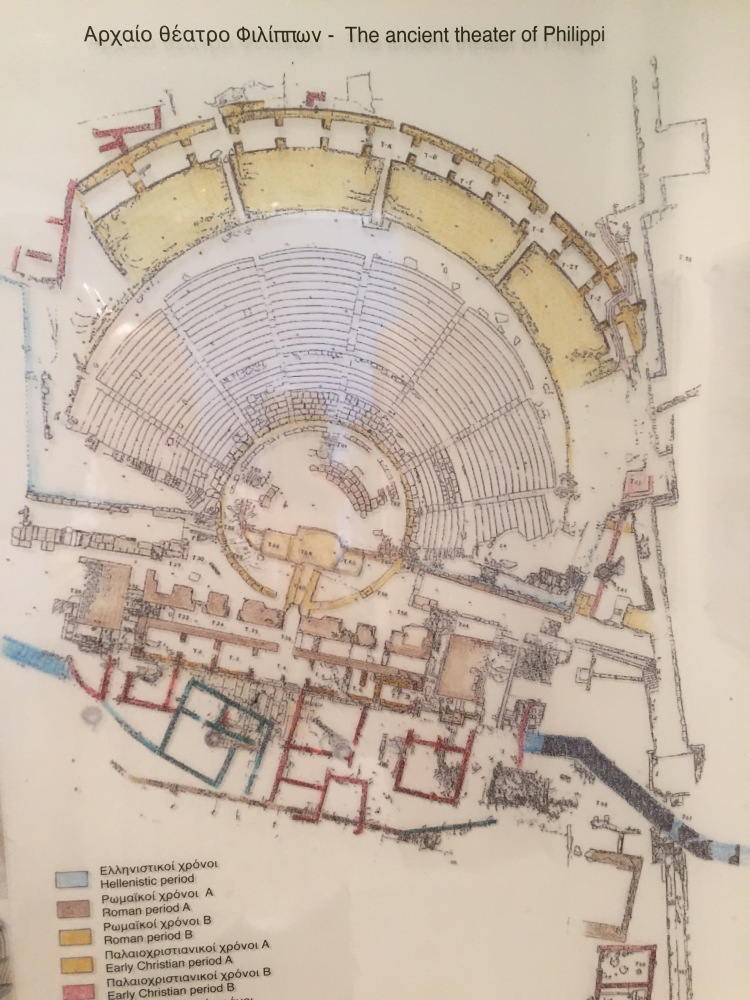 The ancient city features a coliseum where wild animal “fights” no doubt shed innocent blood of martyrs, is much intact. 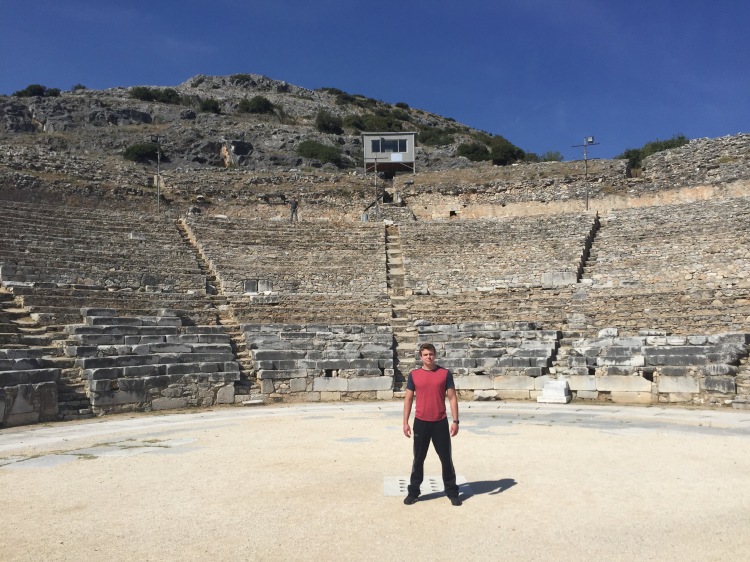 Jared, ready for any wild animal! 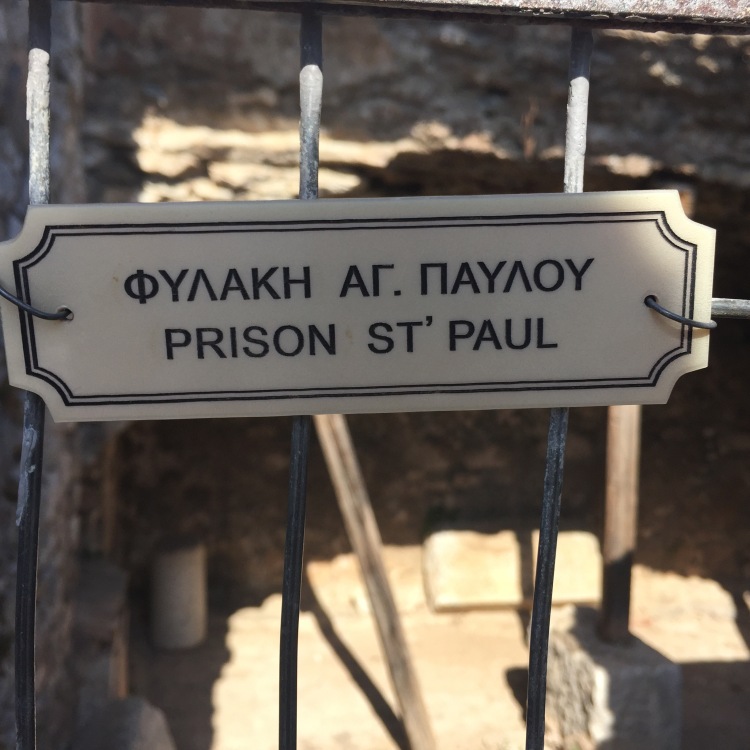 Inscription at the prison site attributed to the place of Paul and Silas’ miraculous liberation. The gospel knows no man-made bonds!

[13] And on the sabbath we went out of the city by a river side, where prayer was wont to be made; and we sat down, and spake unto the women which resorted thither.

[14] And a certain woman named Lydia, a seller of purple, of the city of Thyatira, which worshipped God, heard us: whose heart the Lord opened, that she attended unto the things which were spoken of Paul.

Above, my sweetheart and I standing close to the site where Paul witnessed to the first concert of Europe, Sister Lydia!